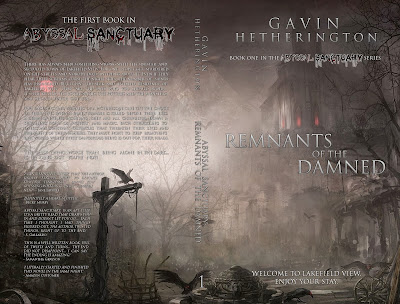 First of all, a huge thank you for the 2,500 people who liked the Abyssal Sanctuary: Remnants of the Damned Facebook page, and an even bigger thank you to my followers on Twitter - I reached 100,000! Thanks you guys!

2013 has come to a pretty quick end (almost) and it has been quite a phenomenal year. Not only did I end 2012 in a dark place, I had no idea what direction my life was heading. I was so unbelievably lost that I couldn't bare to spend another year just working a 9 to 5 job and not persuing my dreams. That said, 2012 ended much better than 2011 did, and I can see that my life is starting an upward trend. I applied some really positive changes mid-2012 when I changed places of work (still at Greggs but I moved from the MetroCentre to Gateshead Interchange in that July) and then, earlier in 2013, I had an epiphany. I realised that I really had to work to change my life in the direction I really wanted it to go. With this positive thinking, I really did change my life for the better.

I stopped sitting around and I applied for college to do HEFC courses in English Literature, English Language and Historical Studies so I could apply for University for 2014 entry. I began at Newcastle City Learning in September 2013 and I can honestly say it was the best decision I have made. Not only am I enjoying it at the college and learning from my lecturers, but I am exceeding my expectations and I am really pulling in the grades. I am trying my hardest by keeping my positive attitude and I am seeing the results. I am so unbelievably happy with going back into education and I proved it was the right decision when I got two offers from two Universities in under a week from sending off my UCAS application. Now I can stop being jealous of all of the people I knew at secondary school that have recently graduated and join them in achieving something spectacular.

But that's not what this blog is about. The bigger news from this year comes with the publication of my debut novel, Abyssal Sanctuary: Remnants of the Damned. I reported after the first week that sales had exceeded over 5,000 units worldwide on Amazon and that it hit #1 on the United States Dark Fantasy chart (as well as entering many charts in other countries) in four days of being on sale. It was quite a remarkable feat that I could never have imagined achieving; to have a best-selling novel within a week of self-publishing it. Sales are still going strong though I am a little unsure of the final sales figures. Let me explain:

The book is now available on many more platforms. On December 6, I uploaded the book on Smashwords and it has so far gotten 115 downloads in three weeks. By uploading to Smashwords, my book was sent for online global distribution. That made my book available on major online retailers around the world. That includes iTunes. My book is available in the iTunes store, and even more surprisingly, the book peaked at #6 on the Sci-Fi chart AND the Fantasy chart on December 24 in America. I'll even provide a screenshot for proof, just because I was so proud: 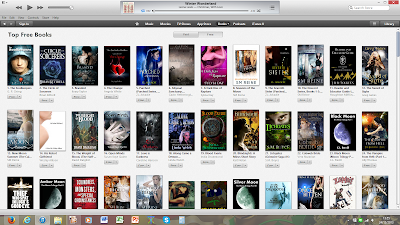 The fact that it reached #6 on the chart just baffles me. I honestly don't know how my book is getting promoted in America, all I know is that I tweet a lot and I keep getting reviews through Goodreads, and occasionally Amazon itself. The e-book is also available on Barnes & Noble. When the book was first made available on the site, its sales rank was around #55,000. Then it kept moving up and up, and is now at #4,683. I truly appreciate everybody who has downloaded the book and helped it to be seen. I hope for this to continue and truly make my book a success. Remnants of the Damned is available on so many more websites which makes the book available on the Nook, Sony Reader and Kobo, as well as the Amazon Kindle. I will get sales figures from the online stores "quarterly" and I'm unsure when those will be, but I will keep you guys updated. Fingers crossed!

Moving along from sales, the reviews have been overwhelming. Initially, I was a little saddened that despite getting some really amazing 5-star reviews on Amazon, there were a few 1-stars coming through too. It felt like every time I got a good review, a bad one would damper it. However, that said I took the 1-stars on board and I did some tighter editing and that's when I uploaded it to Smashwords. Ever since I have been getting waves of extremely positive reviews. I have 15 reviews on Amazon.com, 7 of them 5-star, 1 of them 4-star, 1 of them 3-star, 1 of them 2-star, and 5 of them 1-star. On Amazon.co.uk, I have 7 reviews, all of them 5-star. I have 3 reviews on Barnes & Noble so far, all 5-star. On Smashwords, I have 1 review, a 5-star one. On iTunes, I have 1 review so far, a 5-star one. Goodreads is the main and biggest one. Currently, 74 people have added my book to their collections. There have been 43 ratings and 23 reviews. Altogether, that's 70 ratings for my book in nearly three months of being on sale, and the very vast majority have been positive. I am eternally grateful to everybody who has read the book and enjoyed it. Try and pass the book on through word-of-mouth, the book is FREE everywhere except Amazon right now, which I'm currently working on making free in the near future.

Speaking of the future, one final word about what 2014 brings. The sequel, Ashes of the Innocent, is running smoothly so far. I am half-way through writing chapter-by-chapter rundowns so I know what I am writing in each chapter, and so far I am very excited by what you guys can anticipate with the follow-up. The stakes are raised even higher in this one for the characters and I am bursting to let you guys know what is coming up. I have to be patient though and remember the book will not be available until October 6. I am currently in talks with artist Bill Hinton about potential artwork for the cover of the second book. I have a draft one already made and I think it looks incredible, but it is subject to change so I will not reveal the cover until it is the cover for definite.

Anyway, I hope you all had a nice Christmas and I wish you all a fantastic new year. May 2014 bring you guys every happiness and success you wish. Have a good one guys!