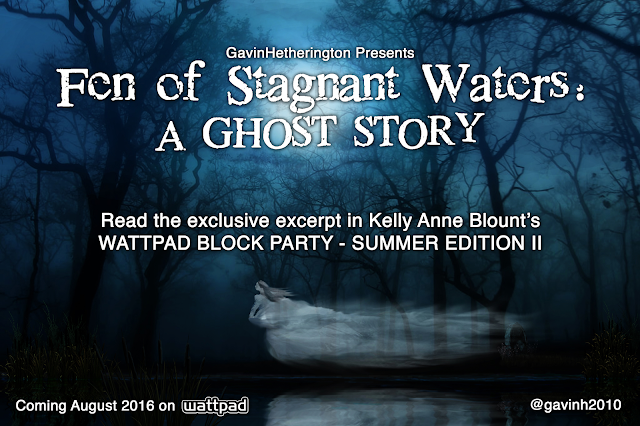 Hey everyone! Hope you are all having a fabulous summer so far!

So, a few things to go through. Today (June 19), my first book Remnants of the Damned hit the 100,000 reads on Wattpad milestone! Incredible, right?! So I thought what better day than to give you guys an update on what's going on in the Abyssal Sanctuary world.

Rise of the Ripper is currently being updated and added to Wattpad as and when I write the chapters, and so far there are 4 completed chapters, so here are the links for those:

Updates were a bit slow for the first 3 chapters as I was in the second half of my second year of University, and last week I had a 48-hour take-home exam to complete, so my time was stretched rather thin, but now that is over, I am so excited to be able to update Rise of the Ripper more regularly.

Also, amazing news again for the first book, but I was recently contacted by someone at Wattpad HQ about a featured spot on the site to promote Remnants of the Damned - so my book will be a featured story on July 6th! This is incredible news as a lot of featured stories have went on to gather millions of reads and every author who has been featured has seen a lot of success because of it. I'm very hopeful that the same will happen to me, and I do hope it does, but I'll still be proud of my story regardless of the outcome.

The talented USA Times Bestselling Author Kelly Anne Blount invited me to be part of my second Wattpad Block Party after the huge success of the Winter Edition II party, which saw over half a million reads! I am so excited to be part of the Summer Edition II party which will take place over August 2016. The schedule has yet to be announced, but I will update you guys when a date has been revealed for my featured post.

Speaking of my featured post, I will be revealing an exclusive excerpt of my work-in-progress story, titled Fen of Stagnant Waters: A Ghost Story. It will be part of the sixth chapter, so while it isn't complete, I hope you guys enjoy it. I love ghost stories, and this one was inspired by Susan Hill's The Woman in Black, which I used for my submission for creative writing for my second year at Newcastle University. Pray I get a good mark, haha!

Also, next week, I will be flying to South Africa as part of Reach Out Volunteers to spend some time in St. Lucia. For 2 weeks, from June 26th to July 9th, I will be working at a Game Park and an orphanage to help out, like I did in Cambodia last year with the same organisation. I cannot express how truly excited I am for this adventure!

There are other news and updates that will be coming, but are a little too early to reveal just yet, and I am so, so excited about them! I'm really hoping (and by the looks of it, it could be) that 2016 is the year Abyssal Sanctuary really takes off. Wish me luck guys, and I hope you all enjoy your summer!
Labels: abyssal sanctuary Fen of Stagnant Waters Rise of the Ripper wattpad